So excited to be featured in Main Street Magazine. The writer did a fabulous job of relaying Jane Magon’s message and aesthetic and the photos looked beautiful. I appreciate them also recognizing my efforts to bring the collection to the U.S. And we thank them for mentioning the new collection that will be unveiled soon!

THE MYSTERIOUS AND THE BEAUTIFUL

It is an imposing journey – Papua New Guinea to the Litchfield Hills of Connecticut. Halfway around the world doesn’t come close to identifying the cultural, language and geographic distances that are inherent in the trip. Yet, as Jane Magon Collection jewelry begins to appear in the collections of local residents, thanks to the efforts of Kara Collins, the enormous distances and differences become an intrinsic part of the uniqueness and charm.

Jane and how it all began

Jane Magon, Australian-born, grew up in Papua New Guinea and became engrossed in the local lore, the legends, the tribal customs and the striking beauty of an island country little known to those known as “Westerners.” 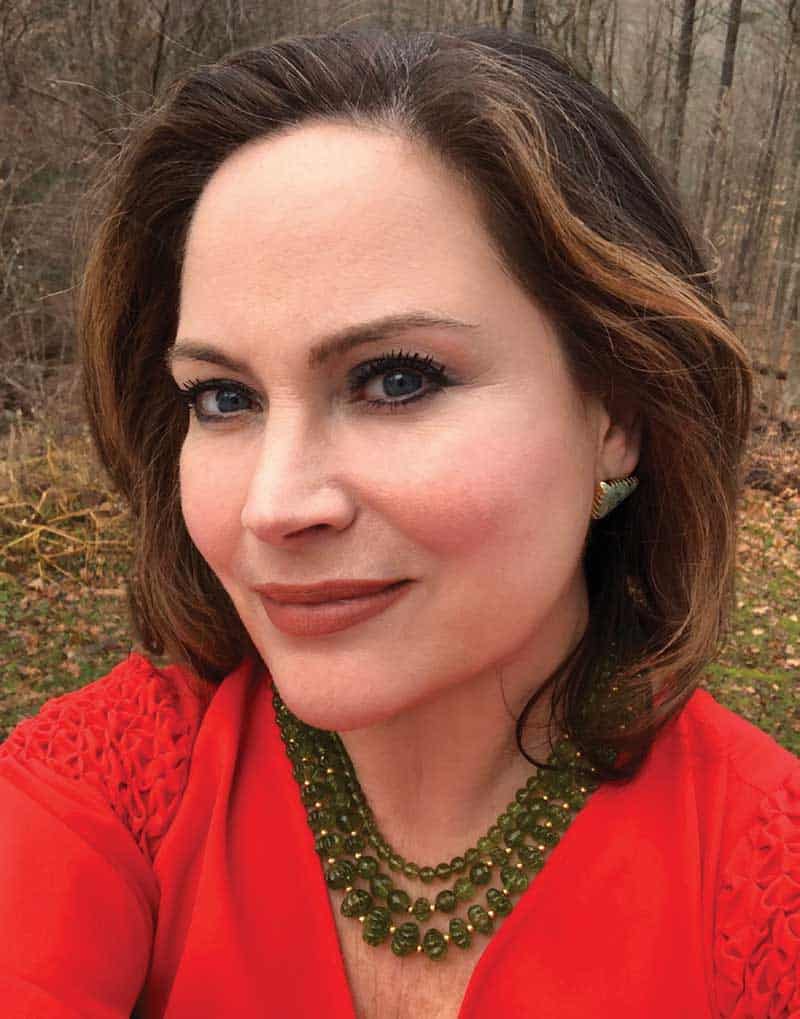 Returning to Australia she studied art and design, became a jewelry designer, and was so influenced by the cultures she had experienced, pursued advanced degrees, eventually receiving her Ph.D. in art history … and shamanism.

The spiritual impact of the customs and practices of the native peoples of both Papua New Guinea and the remote areas of Australia coupled with her proficiency in things academic brought her to the United States where Harvard University awarded her a Senior Research Fellowship in the Center for the Study of World Religions.

Skilled as a jeweler, driven by a sense of discovery and possessed of a true appreciation of the spiritual aspects of many cultures, Magon found the point of intersection in creating one-of-a-kind pieces of stunning jewelry that have been celebrated and collected in Australia, shown around the world, and are now appearing in the United States.

Enter Kara Collins, a photographer and jeweler with 22 years experience at the highest levels of luxury gems and settings, who had decided to step out of the business world for a few years to rear her daughter. Finding the spaces and pacing of New York City less conducive to bringing up their daughter, Kara and her husband relocated to the Litchfield Hills where “working from home” has become a finely-tuned lifestyle for so many urban ex-patriots.

The lure of returning to work came into focus for Kara when former associates approached her about finding a buyer for a remarkable piece of jewelry – one of Jane Magon’s creations. Transaction completed, the conversation turned to forming a closer bond.

Jane Magon returned to her native Australian base to travel to remote areas of India and Thailand, among other locations, where gems could be acquired with which to create her inspiring pieces and to continue to build her collection and reputation. 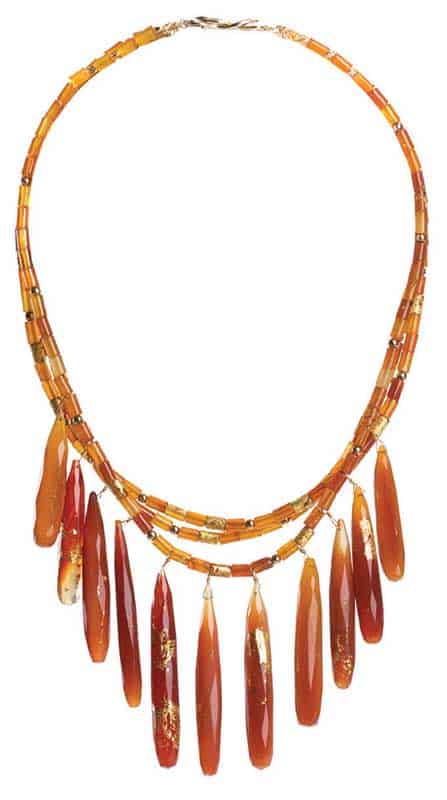 Kara Collins drew on her years of marketing and administrative experience to begin building first a strategy, then the logistics needed to introduce a new name, a new line of unique jewelry to a very sophisticated market.

“This area has such an incredible population of artists,” comments Kara, who has been building both a local presence and a New York office where sales are made directly to the customer. When Ellen Griesedieck’s American Mural Project announced that its 2019 Gala would be built around a fashion show with designs executed utilizing recycled materials, Kara built on her knowledge and support of the Project to offer up Jane Magon Collection pieces to be worn by the runway models.

The results were dazzling, and the word spread quickly about the beautifully original designs. The connection was not a difficult one.

Jane Magon utilizes not only brilliant gems and precious metals, but bits and pieces of cultural elements that link the wearer to the history and energy of entirely different people and traditions. Just as the American Mural Project presents the intricate and compelling story of America, Jane Magon’s creations speak volumes about traditions that are both remote and, in many ways, uniting.

What the new year will bring

2020 will be an intriguing year for both Kara Collins and the Jane Magon Collection she now represents. “We are working on developing unique lines that will be made available through high end jewelers across the country. They’ll carry enticing names like ‘Rock the Croc’ with embossed gold that resembles crocodile skin, ‘Tribal Lacing’ inspired by the Sepik tribe of Papua New Guinea, and ‘Flying Arrows’ that will include arrowheads adorned with fine jewels. These will be pieces that are very accessible, that work in both the daily setting and in moments of celebration … special moments.” Intriguing about the new collection is that it will be designed in Australia by Jane, but will be fabricated in the United States.

“We’ve been crafting the individual pieces in Australia and Europe,” reflects Kara. “But with the engagement of skilled American jewelers, we will have the finished pieces closer to the markets where they will be sold.”

If reactions to the pieces currently on offer are any indication, the new line will be received with enthusiasm. Current sales are by invitation, either in the New York office or in “Champagne Evenings” where invited guests are able to not only see the pieces, but try them on and experience how a piece from the “East Meets West,” “Countess,” or “Warrior Woman” line will fit into their own collection.

“Warrior Woman” is not a legacy of combat, but of great inner strength,” comments Collins. “It captures the soul … the purpose of the woman who wears it.” The pieces certainly capture the strength and spirit of Jane Magon, the woman whose travels and explorations have led to this moment.

To explore the Jane Magon Collection and to learn more, visit their website at www.janemagon.com.